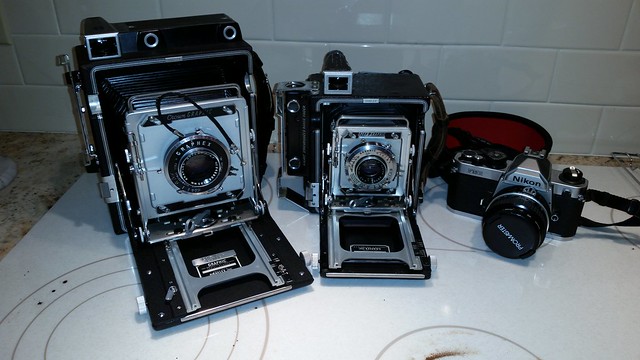 For this week, something slightly different.  Located in the center above is my 1947 Graflex 2×3 Pacemaker Speed Graphic.  (Pictured either side are the Pacemaker Crown Graphic 4×5 and a Nikon FM2 for size comparison.)  I purchased it on Craigslist a year or so ago.  From the description, I initially thought it was another 4×5 camera, but it turned out to be the smaller 2×3″ version.

These cameras are less desired by collectors as 2×3 film is no longer available.  Mine has the standard, non-graflock back, so fitting other film is difficult.  I have obtained and fitted a Singer Graflex 120 roll film back. This required a semi-permanent removal of the ground glass focusing screen.

My Speed Graphic features a rear curtain shutter with speeds up to 1/1000.  The front standard carries an Ektar 101mm f4 lens in a 1/400 shutter.  It is fitted with a Kalart rangefinder which is currently not working.

I loaded it with Tri-X and took it on a photo walk this weekend at the Metropolitan Waterworks Museum in Chestnut Hill.  I had a lot of fun using it and can’t wait to get it outdoors in better light.  Unfortunately I mis-wound the curtain shutter and managed to ruin all but the first three shots on my roll.

Those three were worth the effort, though. 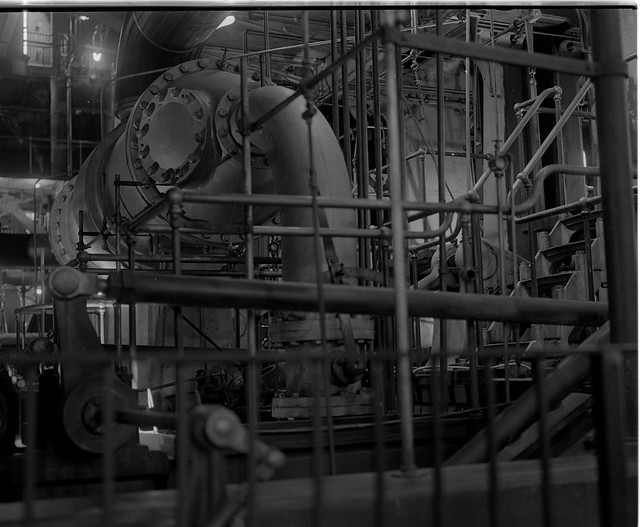 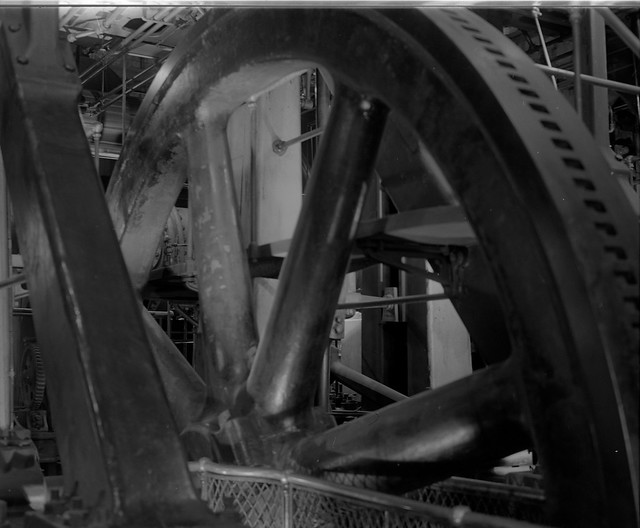 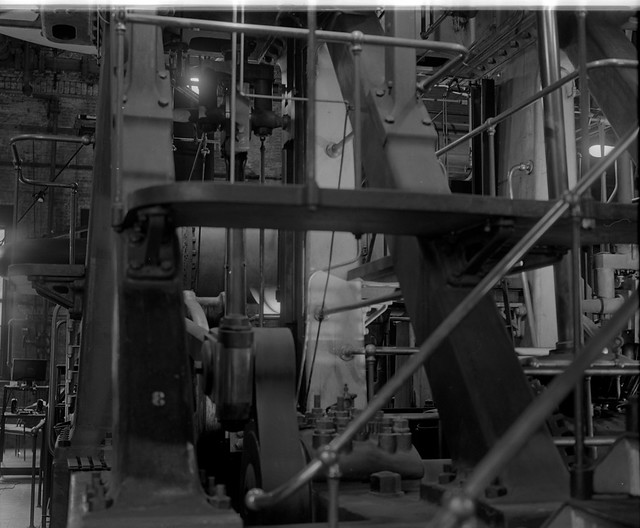 More photos from the museum will be coming as I develop the rest of my film.