Wikipedia reports that the Holga was originally designed as an inexpensive family camera for the Chinese masses. The company envisioned a sort of Asian Kodak recording family vacations and events.

Things may not have worked out as originally intended, but I found my Holga perfectly suited to the task when we took it on a recent trip to Six Flags. Its light weight meant I could hang it around my neck and forget it, while its simple construction and lack of electronics meant I could take it places I would never dare take most of my collection. 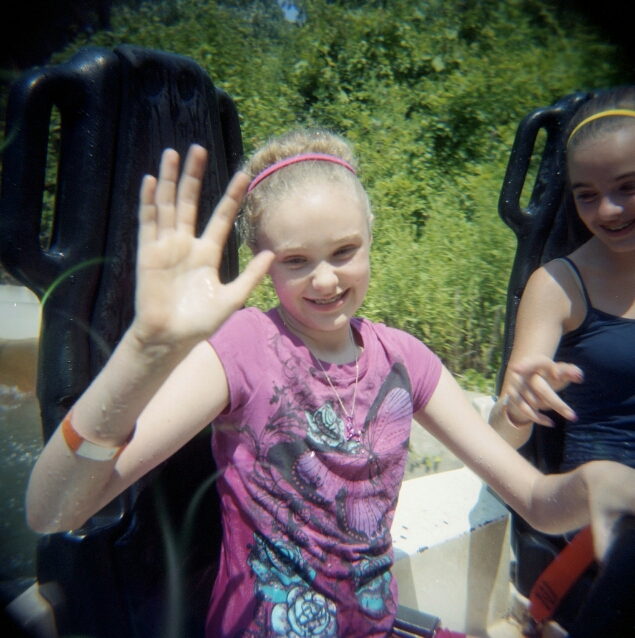 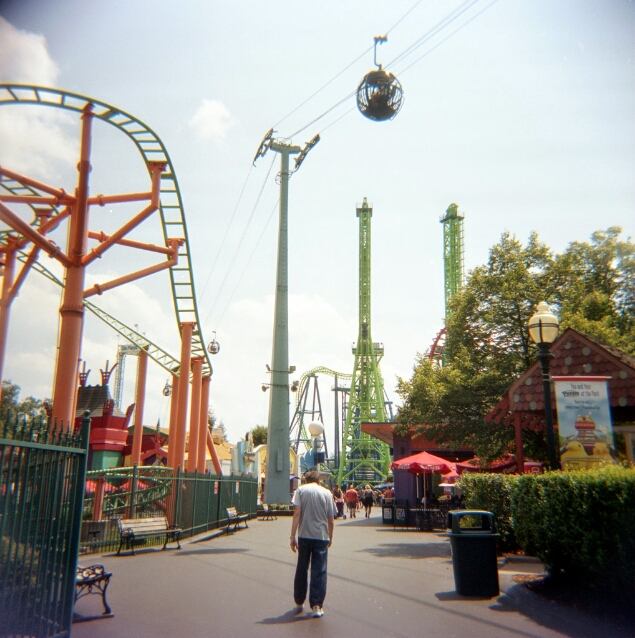 This week’s images were shot on Portra 400 and developed at home.