Introduced in 1969, the Bronica S2A is a large SLR for medium format (6×6) film. It was produced until 1977. It utilizes a cloth focal plane shutter with speeds up to 1/1000s. Film backs are removable and can utilize 120 or 220 roll film. A dark slide system allows them to be removed mid-roll, and it also locks the shutter to prevent firing if there is no film fitted. 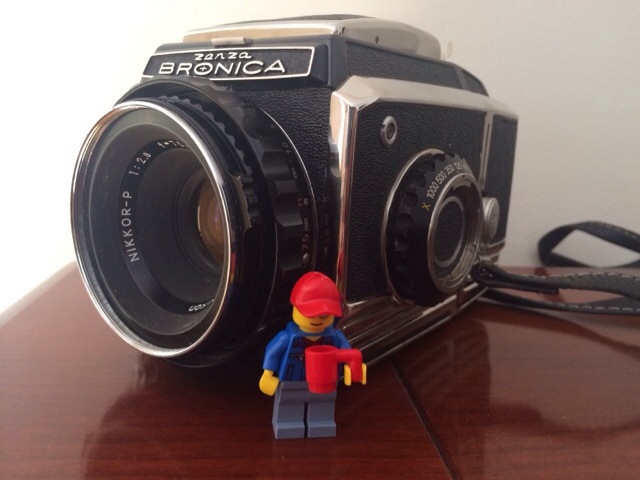 Multiple finders were available. My example is shown with the standard waist level version. 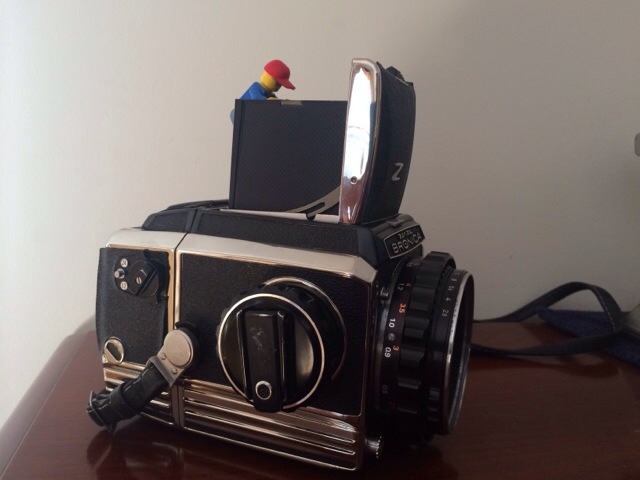 This camera is a monster. It weighs in at 4lbs 2ozs as shown. 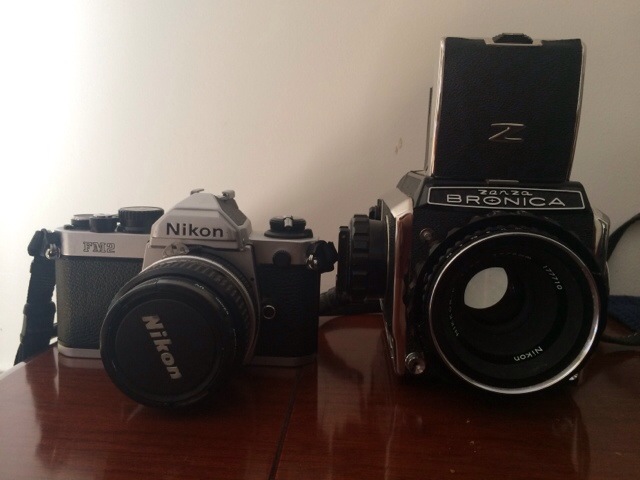 My Bronica is a recent acquisition and was part of the inspiration for the Sharing My Secrets series. I watched it on Craigslist for a while then made an offer. In the end I got it with case, extra film back, and an accessory TTL metered finder for a lot less than the eBay price of the camera alone. It was owned for 30 years by a photo lab owner, now retired, who travelled the world with it on his vacations. The story just makes it cooler.

I’ve already run a roll of Portra 400 through it. For the weekend I’ve loaded the holders with HP5+ and E100g.