This little gem jumped at me from the shelves of my local Goodwill store. I haven't owned many 110 cameras as they were mostly known as cheap snapshot cameras. What I first noted about the 33 was its metal construction. 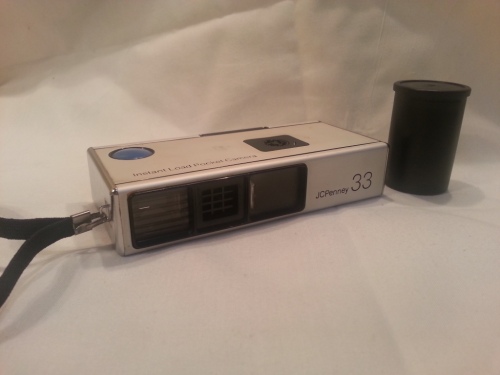 While the metal is nice, what made me buy it was this:

A hot shoe! In addition to the Magicube socket. It also came with this: 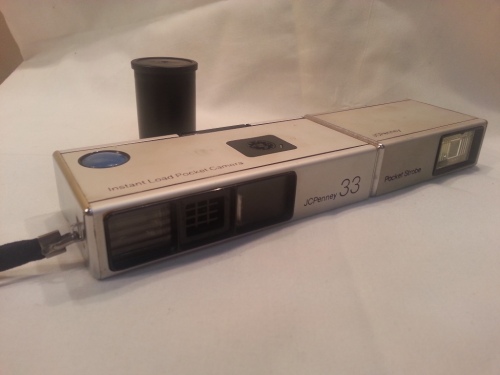 $5.99 also brought a genuine leather holster for the whole rig. The combined camera is a bit weighty, but the flash is easily removable and useful on any camera with a flash socket. I've loaded it with Lomography's Orca black & white film and taken it on a field trip with the 3rd grade. The results should be interesting.

Camera Wiki doesn't have it, but they do have a brief listing for a sister JC Penney 11.

Manual? It has a film advance lever, a shutter release, and a power switch for the flash. There's not a lot to figure out.

If you want one, good luck. You could haunt eBay or your local thrift shops. I've never seen another.