When last we left our heroes, they were departing a northern NH town on a long journey home. We will leave them grinding up that steep hill in 3rd gear for now; today’s installment is a brief diversion.
———
In conversation with the previous owner he mentioned that, “She’s lost her siren somewhere.” I had to chuckle to myself. I know EXACTLY where it is. It’s not lost but merely orphaned.

In later years we haven’t had bells to keep, so sirens became the norm. When the Howe retired to her second home, the Federal Q2B stayed behind. It was installed on her replacement (a 1981 Mack) and continued to serve until 2002. Since that time it has resided in a box in the boiler room of the firehouse, next to its mate from our 1979 Engine 1. A short conversation with the assembled fire company made it mine last night, and it was rescued from storage.

Many things involving the Howe are department lore; her siren is no exception. Old timers claim it was the loudest Q2B we’ve ever owned. There are stories of it putting people on their knees at parades in the 1970s. At highway speeds, it will freewheel and emit a wonderful low growl.

In short it’s cool and it belongs with my truck. 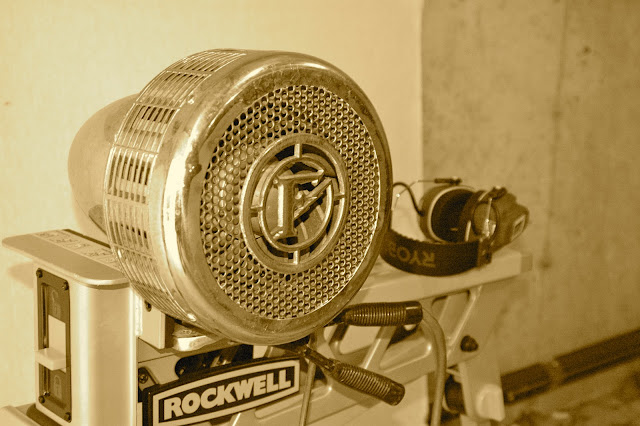 From Project 366
I had hoped to post a video of it in operation, but my cameras will not cooperate. My video camera has an early version of drop detection software. Even when disabled it will shut down if bumped. The Q2B in an enclosed garage is so loud that the camera just shuts down the moment the siren spools up. Similar results with the iPhone. Even with good hearing protection, this thing is unpleasant in an enclosed garage. I tried four times without success. After that, I was worried the neighbors might call the police.

I haven’t seen any of the cats since.

(I’d also like to thank Mrs. Mack505 for the gift of the wondrous Rockwell Jawhorse. I’d never heard of it before. I’m sure she didn’t expect this to be its first use.)